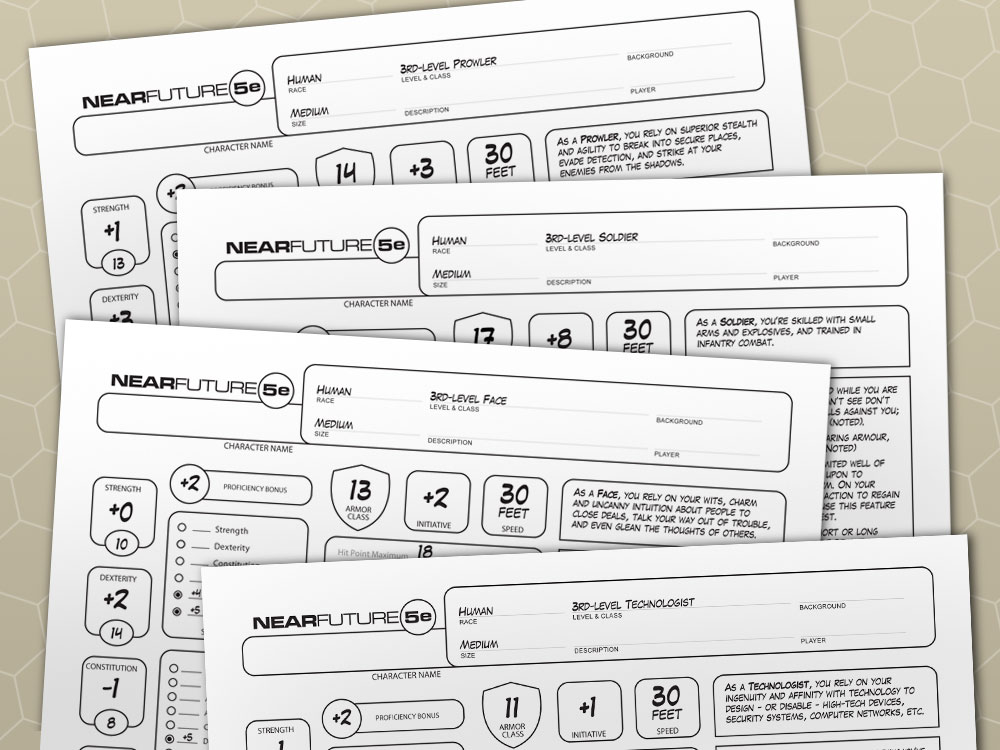 NearFuture5e is a custom campaign setting I designed using the Dungeons & Dragons 5th Edition rules combined with rules on firearms and explosives from the Dungeon Master’s Guide, and some home brew ideas. The NearFurture5e setting is best described as a world much like our own, but with completely different geography and history, and about 20 years ahead in technology.

I created these 3rd-level character sheets for use in the NearFuture5e setting. They’ve been played in several one-shot adventures as well as a multi-session campaign. I continue to make changes to them, plus I’m also in the process of writing formal Class chapters for each, but I wanted to offer them to others to try out and give feedback on.

My design approach to these characters was to imagine a modern, symbolic translation of the classic D&D fantasy classes into a non-magic, near-future setting. To that end, here is a rough breakdown of each NearFuture character’s fantasy origin: