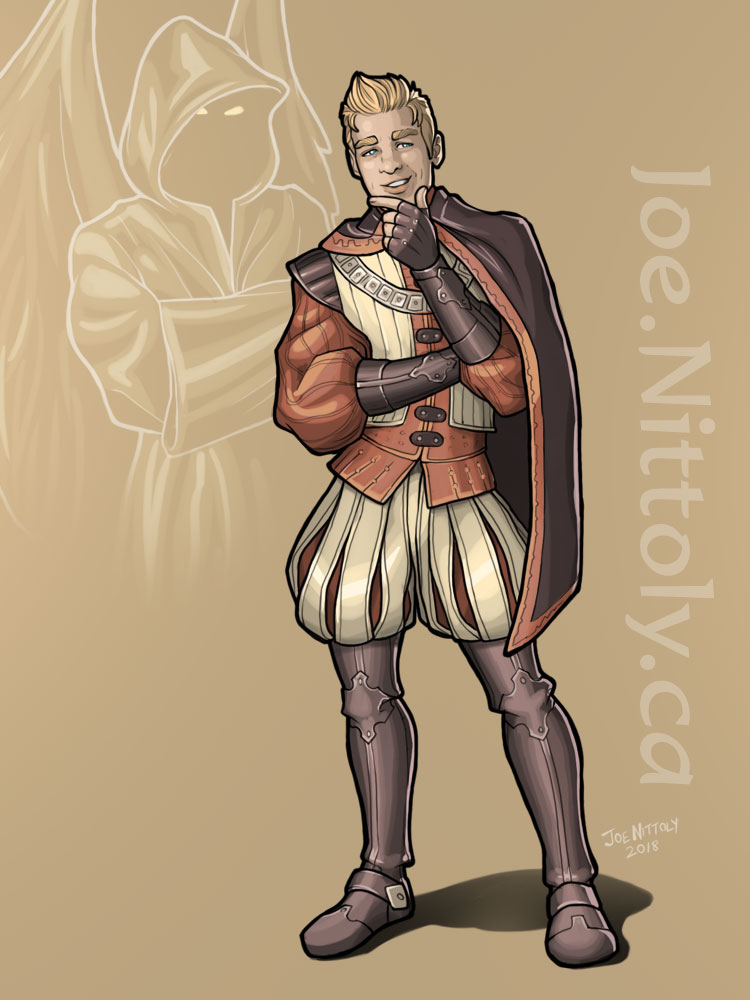 This is my interpretation of the aasimar sorcerer/warlock my brother is playing in my D&D 5e campaign. An assimar is someone with celestial influence in his or her bloodline, bestowing angelic powers. My brother came up with a clever spin on this concept, however: Quintin is a human with a nefarious past who has been possessed by a celestial being named Auron who acts, in a very literal sense, as the voice of his conscience. Auron takes over his human host when combat breaks out – much like the Hulk takes over Bruce Banner – to manifest celestial magic through Quinten. I thought that was pretty cool, plus his player plays both sides of this character’s personality to great effect.