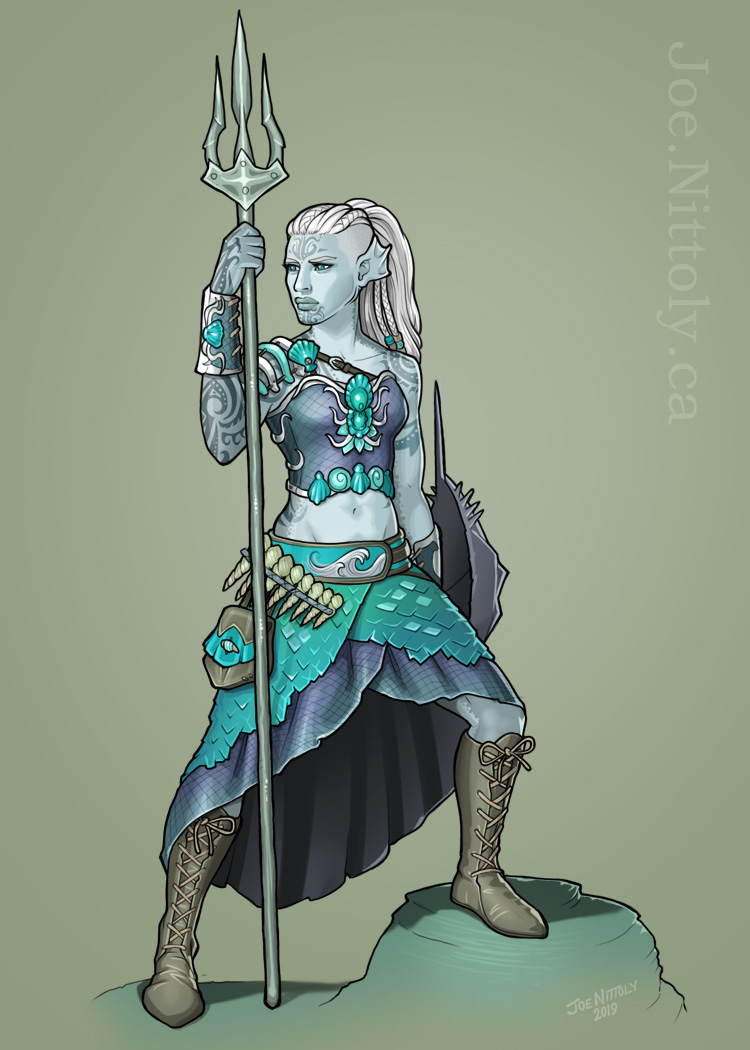 To start with, three quick pose thumbnails were created to convey the body language and establish the body type of the character. She was described as athletic and proud, carrying a trident and a shield. Pose A conveyed a confident striding towards the future; Pose B was a rugged “resting” pose; and Pose C showed a capable warrior with a strong, grounded stance, as if daring you to try moving her. 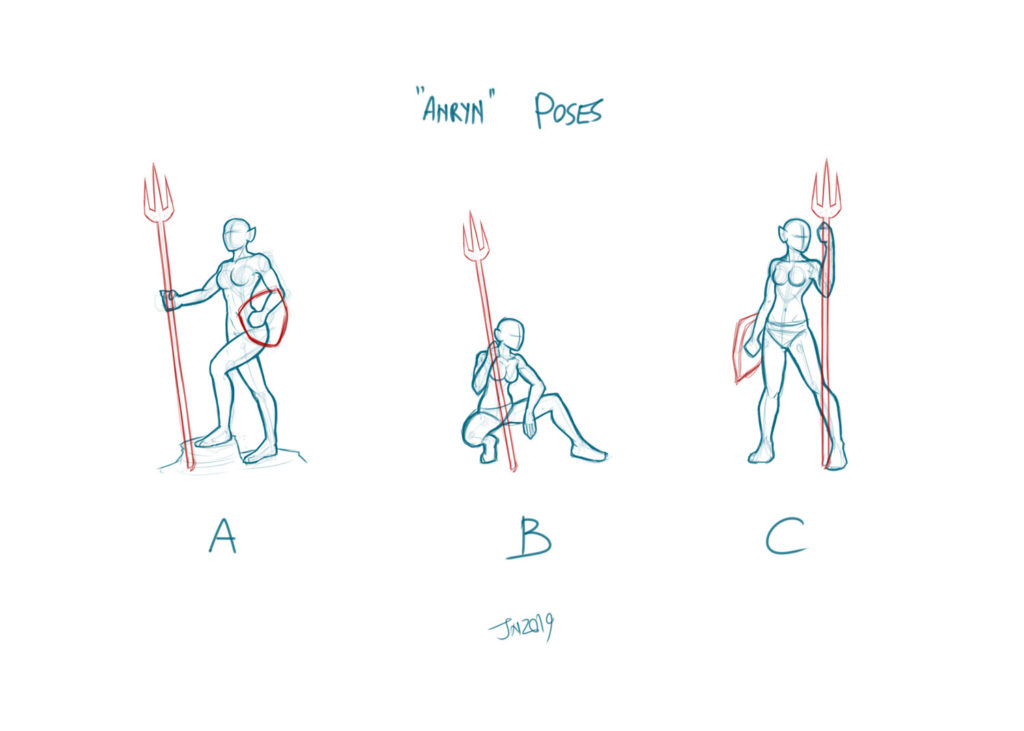 The client chose pose C, but requested that the “leg up” of Pose A be incorporated somehow. Two more variations were created, with Pose C1 ultimately chosen. 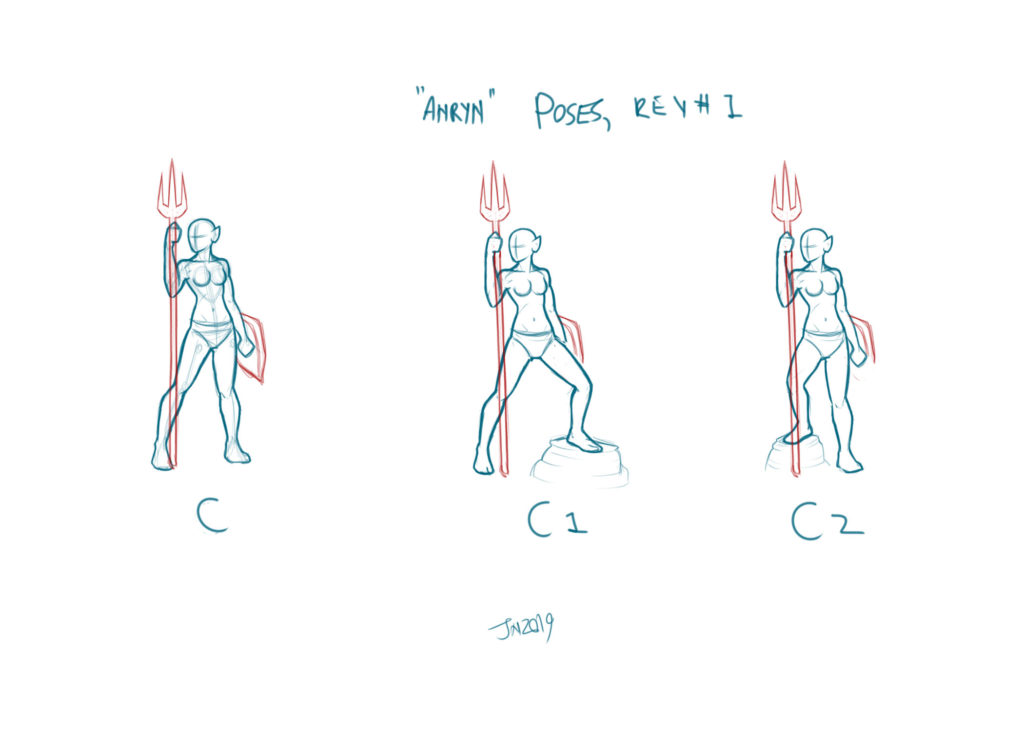 With the body type and pose selection, I set about working out the character’s looks and outfit, as well as her equipment. As an aquatic being, nautical and ocean motifs were central to her outfit. 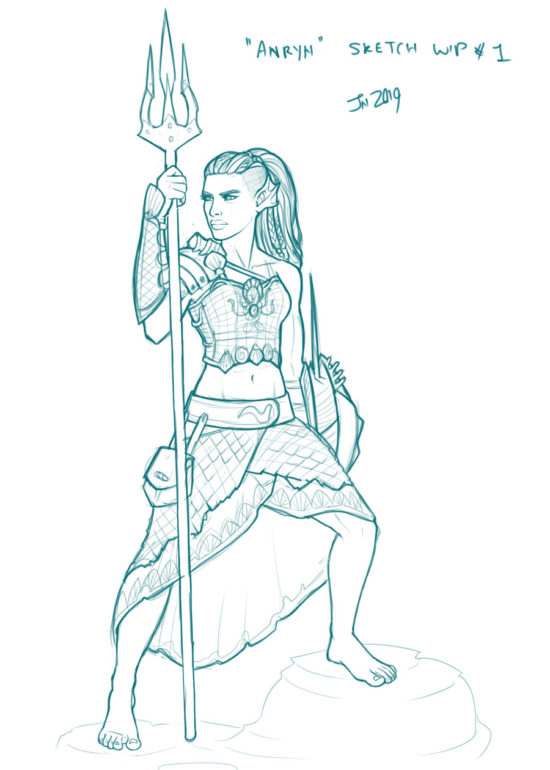 Based on feedback, the drawing was refined further with simple leather boots, a shortening of her bracers (to allow for more tattoos to be seen) and some refinement to her accessories, including the wave motif on her belt. 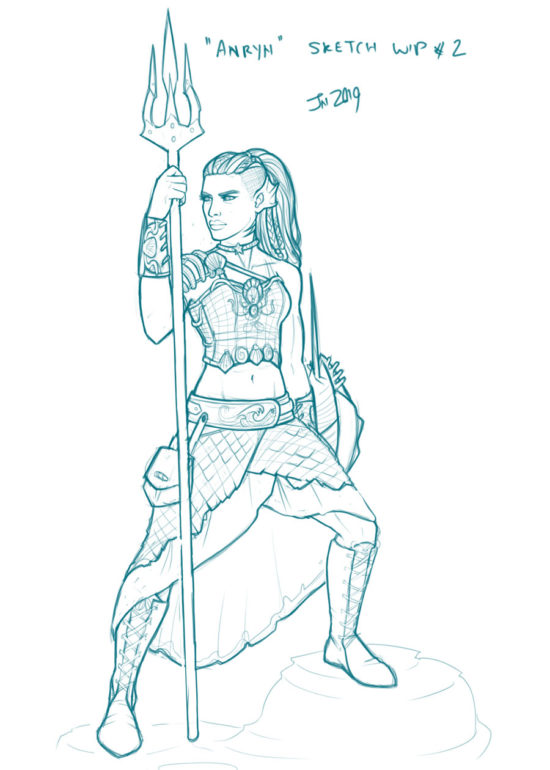 The brief included a swatch of colours to make use of – marine blues and greens – which I largely adhered to. Her skin was to resemble that of a dolphin, with a lighter “ventral” tone and a darker “dorsal” tone. It was at this stage that I added the tribal tattoos, inspired by Maori Tā moko. I also moved her gills to along the jawline, which seemed to make more anatomical sense. 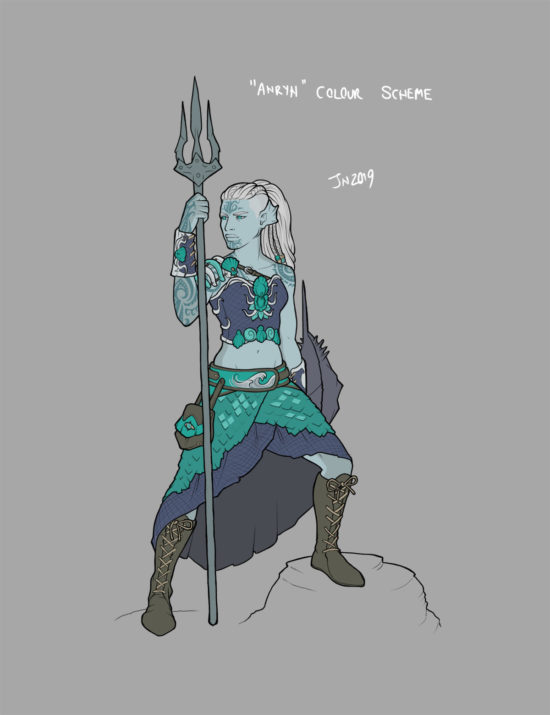 For the final colour, I wanted to add a slight colour shift to some of her garments to remind one of the play of light beneath the waves. 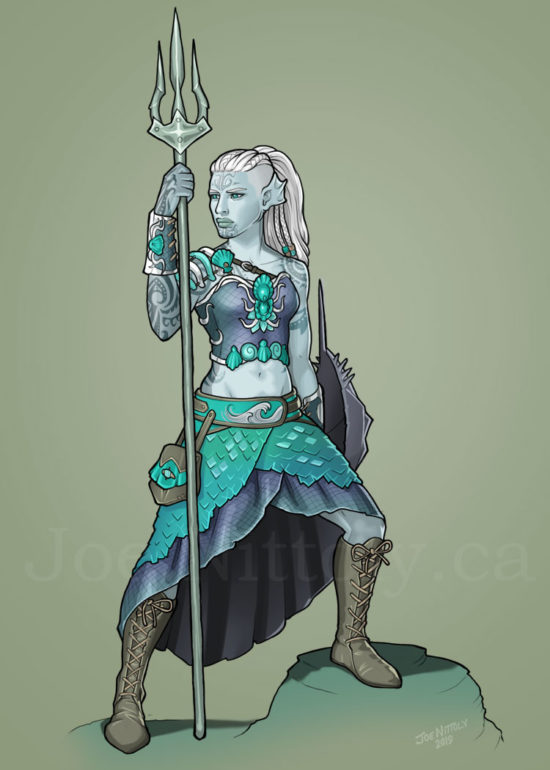 This illustration of a female triton barbarian was commissioned as a gift for a D&D player. Triton’s are aquatic humanoids who can adventure on land as well.